For All the Saints

My Aunt Nell passed away this summer.  She was actually my mother's maternal aunt but since there was only six years difference between them, they were more like sisters.

My grandfather died when my mother was only two and so she was raised with my Aunt Nell on the farm in Houston, Missouri.  Mom remembers making presentations in high school when she got to wear Aunt Nell's nicer outfits.  Aunt Nell was working at the time and so Mom had access to a wardrobe that was unavailable to other high school girls at the time.  Mom shared recently that it was nice of her to lend her outfits like that - she had a generous spirit.

The bonds we have with family are special and when they pass into the life eternal, we grieve the hole that their loss leaves in our lives.  To mourn someone is to acknowledge the love we shared has now changed.  We continue to love them but we no longer experience their presence.

The adjustment can sometimes be difficult and our emotions may be rather intense.  The time it takes to come to a new normal usually varies per person and there is no set amount of time for someone to "get over it." 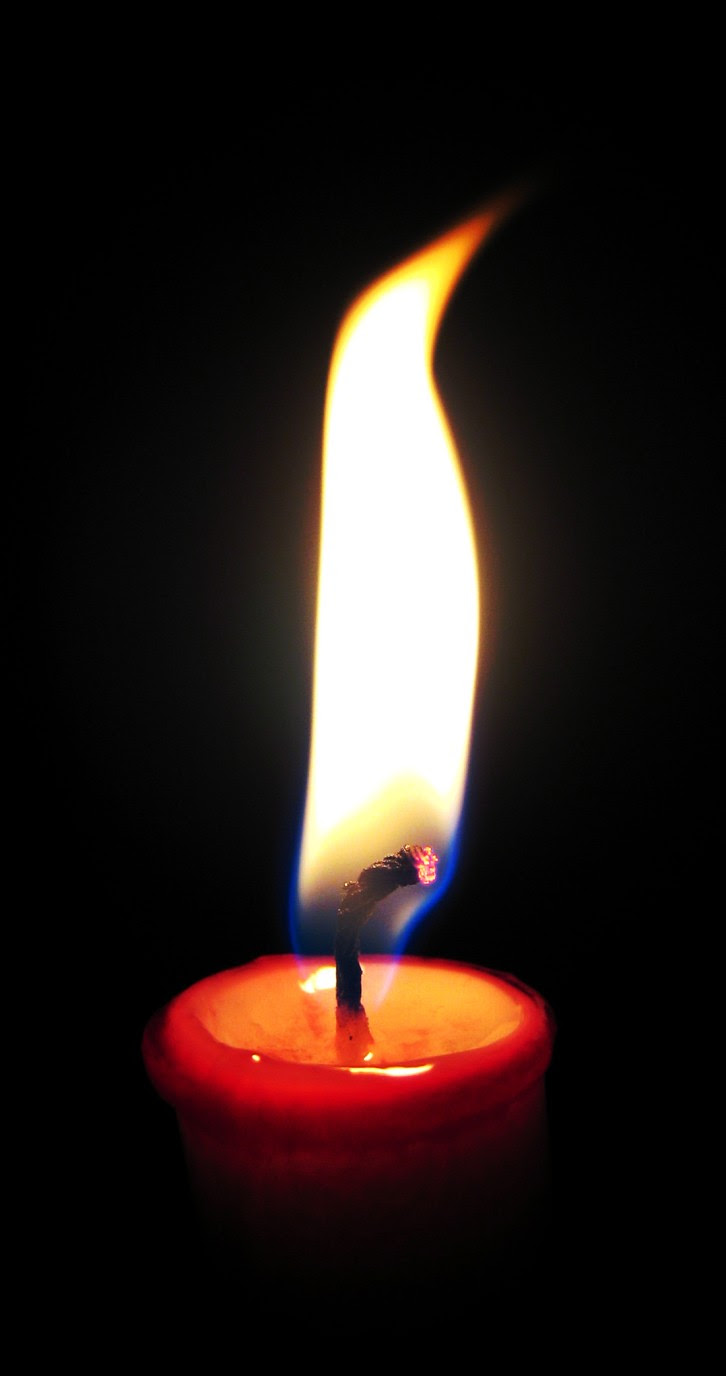 Within the church, we recognize All Saints Day on November 1.  In worship (usually the first Sunday in November), we print the names of those church members who have passed away since last year's All Saints Day in our bulletins and as each name is read, a candle is lit.

This can be a helpful visual reminder of their continued vitality in the life eternal.

As we receive Holy Communion, one of our beliefs is that as we commune with Christ, we do so not only with those who are physically present with us but also with all the saints of the past who also join us in this sacrament.  This can be especially comforting to those who are grieving.

To recognize that a loved one who may have knelt side-by-side with you at the altar rail is also receiving the elements - communing in heaven - can be an understanding that eases the ache.

As we worship together in Edmond this Sunday, there will also be a time when you can write the name of a loved one you want to remember on a card in worship and leave it at the altar rail.  This will be symbolic of how we continue to commune with our loved ones when we receive the sacrament.  It will hopefully be meaningful and helpful to those who are missing the newly departed.  I'll be writing down my Aunt Nell's name.


Photo by Matthew Bowden via Wikimedia Commons
Posted by Sam Powers at 11:16 AM No comments:

Recently we've seen a rise in the number of children being diagnosed with autism.  While this might be loosely tied to older men fathering children or environmental toxins, the actual truth seems to be that we really don't know why this is the case.

Many children diagnosed have high I.Q.'s and function well in mainstream classrooms academically.  The problems for these children are more social.  They often do not respond as well to regular interactive cues.  Many don't smile very often.  They are often bullied by other children because they don't pick up on the subtle nuances that occur in everyday communication.

Children who don't get a response to their overtures from an autistic child may feel somewhat slighted.  If they have poor self-esteem themselves, they may pick on the autistic child because they don't understand why they are being ignored.

Most people appreciate some type of reaction or response from others.  One of the worst things in life is to be ignored (anyone remember Ally Sheedy's character from The Breakfast Club?).

One of my faults is the ability to find the sore spots on people that trigger a reaction. Finding and exposing a person's vulnerability was a gift (curse?) that I try not to use anymore.  Some people call this "pushing the right buttons".  It is likely a defense mechanism along the lines of the best defense is a good offense.

Regardless, responses are important as part of the social covenant.

I believe that even though we are influenced, we are still free to decide our response in any situation.

When two people enter the marriage covenant, they respond to the query of whether they will be
faithful to one another with the affirmative (usually "I will" or "I do").  If their response is negative (this hasn't ever happened to me in all my years of officiating), this would be a good sign that their commitment level is not at the appropriate level for a life-long marriage!

When it comes to God, many people respond to the forgiveness and grace we've received by making a commitment of faith.  Within United Methodism, we pledge to support Christ through the church with our prayers, our presence, our gifts, our service and our witness.  It is no small thing.

This Sunday, I'll be preaching on the parable of the two brothers - one is faithful and one is not - contained in Matthew 21:28-32.  Their response shows that human beings really haven't changed much in 2000 years.

If your own response to God has been lacking lately, I hope you'll remedy this on Sunday.  I promise I won't try to intentionally push your buttons but I may accidentally trod on your toes!


Photo by Petar Milošević via Wikimedia Commons
Posted by Sam Powers at 5:07 PM No comments:

Can You Inoculate Against Abundance?

Suzi Bryan was sharing stories of her mother Patsy as we discussed her funeral arrangements last week.  She told me that once when she had Chicken Pox on her birthday that her mom went ahead with the birthday party and just called all the mothers of her friends and said, "If your child hasn't had Chicken Pox, you'll want to stay home but if she's already had it, bring her on out to the house!"

I thought this was a wonderful example of living our lives regardless of the circumstances.

I don't really remember much about my own Chicken Pox except that I had a lot of pock marks that
scabbed over (probably from my scratching - remember, don't scratch!).  I may have been covered in pink calamine lotion at one point but that's a little fuzzy as well.

Neither of my kids have had it and I'm not so sure that it's been a good thing to deny them of this important rite of passage from childhood:

Germs are something we share all the time with one another but without intent.

I remember the slogan of The United Methodist Church in the 1980's was "Catch the Spirit".  Maybe some of you even had one of the bumper stickers on your cars.  I ran across an old video on YouTube of a "Catch the Spirit" commercial that ran on local television:

I love how they show some people's anger just melt away when they "catch the Spirit".  It reminds me of a Different Strokes episode.  I wish it was that easy.  The ad campaign for our denomination caught a lot of flack for comparing the Holy Spirit to the type of spirit you catch at a sporting event or worse, a common cold!

This Sunday, my sermon title will be "Catch the Spirit" and I'll be using a very short parable by Jesus as relayed in Matthew 13:33.  Rather than link it, I can print the whole thing here:

<Jesus> told them another parable: “The kingdom of heaven is like yeast that a woman took and mixed in with three measures of flour until all of it was leavened.”    (NRSV)

This parable speaks to a sense of abundance but also has a darker side that we may not get at first glance.  I'm looking forward to preaching on this as we celebrate the abundance of grace we have in God!  If you are in the Edmond area, I hope you'll join us and if you are otherwise engaged, you can subscribe to our church Youtube channel.


Picture By Orrling and Tomer S [CC-BY-SA-3.0], via Wikimedia Commons

Posted by Sam Powers at 3:17 PM No comments:

A Matter of Trust

I have a dark secret to share and I'm just going to out myself.

I am a Survivor junkie.

You know, the "reality" show where contestants compete to outwit, outplay, and outlast one another.  They usually begin with 16 to 20 individuals that form separate teams that perform in challenges with the losing team voting off a member.  This goes until the players dwindle enough to merge into one group where they begin to compete on an individual basis and continue to vote one another off.

I've watched every season for the past fourteen years on CBS. 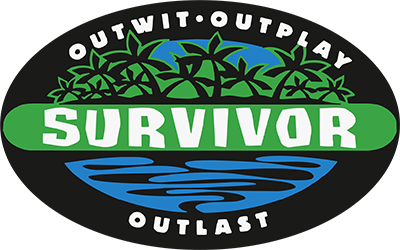 Sometimes it can be kind of a train wreck of personalities. CBS seems to find success with putting some fairly unstable people in the mix in order to cause some fireworks - like when Russell Hantz burned another player's socks in the campfire while he was asleep just to sow dissension among the other players.

Usually you have a lot of backstabbing in this game.  If you've ever watched the show, you know this is the case because people make alliances and then routinely break them in order to further their own part in the game.  It would be different if you could take your whole alliance to the end but the game is not constructed that way and tough choices have to be made.

The interesting thing is how people continue to be surprised when they are blindsided.  It is the mark of each season that someone completely trusted their alliance only to be voted out.

I'm not sure how you would trust anyone going into the game, knowing the nature of what happens in each episode.  I understand being hurt in the first few seasons but it seems like by now, if you are planning on participating in the show, you would have watched a few other seasons before you go out to a remote location to spend 30 days in the jungle with strangers all competing for the same prize.

I think that most people want to trust others.  It may be in our nature as social animals. We are hard-wired to trust one another - especially those we like.  When we feel a betrayal, it gets to the core of our human condition.

What does it mean for us to trust in God?  We believe that God will provide and at the same time we believe that God expects us to use our resources and will not hand us anything we are capable of doing ourselves.

We trust that God wants what is best for us.

We may believe that God will allow us to fail in order to grow from it.

In these moments, do we ever lose our trust in God?

This Sunday, we'll see how Abram (before he started going by Abraham) trusted God to move his family to an unknown land and then wavered in his trust when he ended up in Egypt (as recorded in Genesis 12:1-20).

You may have your own trust issues that you are working out.  If you come to worship this Sunday, I will do my best not to blindside you!

Posted by Sam Powers at 3:00 PM No comments: